I only wanted to ask musicians to be a part of something so that that energy was there.

I wanted this built on creating music and having it not take as long. Josh: With collaboration, there's this omen of security. There's been a huge sense of camaraderie and joy in creating something that we deeply care about. You mentioned in the description of the album that it touches upon "explorations of a scorched earth. Is that what you meant? Josh: When you're making records and the Mississippi River is literally yards away from your house, it's impossible not to have that on your mind to some extent when that's your environment.

Oftentimes, with noise records, or songs with fewer vocals, the song titles are kind of an interesting way to add context to the song. Zohra: What he gave us was just a shoe in for what was already happening with the direction of the album. But the thing about New Orleans is that it's one of those cities where it may not exist in years. It might be under water. Living close to the river here in New York, for me, it's hard not to think of surges happening.

It's a strange thing to wrap your mind around the fact that the ocean might eat up where you're currently living and breathing. It's hard to think about on top of all the other chaos going on, but it's scary, especially with all the fires in California right now. This guy is reassuring his kids the whole time that everything is going to be okay and you can tell that he's saying it because that's what he has to say, but you don't know if he believes it.

Zohra: We're very careful about the energy that goes into the stuff we make.

I one hundred percent believe that the place you're in has to be from a place where you want to give something positive. Even if the subject matter is verboten, it should still lead to something that pushes for change. No one makes art that's worth anything without coming from that place, in my opinion. The goal for us is to always leave people with something positive. I think especially now with everything that's going on politically, environmentally, an album like this is nice to get lost in.

So, where do yourselves going at this point, as a band and individually? Josh: 'Empire Grave' would be the best indication of where our music is going to go. It's groovy, it's aggro, but we're also doing this weird thing where it's kind of a dance-y song, but it also has elements of prog-pop where for like seven minutes you're getting a new hook and a new verse.

It's almost like the attention span of dance music but trying to draw that out to make it work the way that pop music works. Zohra: It has a lot of techno aspects, but there's proggish elements as well. In terms of the solo stuff I'm doing, it's an in-between. I didn't want to do something completely on my own until I felt like it was ready and it was something I was really proud of.

We're on an upswing, creatively, so we're definitely really psyched on what the next record is going to be. It will be finished and come out sometime next year. We had a lull for a little while just because of what was going on politically. It was difficult to finish making music. Zohra: I wasn't really inspired to put anything out. I was in more of a misanthropic mindset than I've ever been in my life and I didn't want to share anything. I've always been terminally optimistic, just hoping that things would get better.


I believe that being creative and putting art out there can change people's mindsets. It certainly has for me. Josh really helped in nursing my wounds at that point. Going online into ASMR communities was helpful, too. It's been such a positive thing in my life for healing. How can the world not be a beautiful place? These are perfect strangers and they're helping me heal. It's a beautiful thing.

And if we can soundtrack the way people are feeling and give them some amount of feeling like their barometer is at normal, that's all I can hope for. You may have already jammed out to SiR 's big summer mood single, "Hair Down," featuring the one and only Kendrick Lamar. The vibey track is driven by SiR's warm, rich vocals over a slow-bubbling trap beat, elevated even further into the golden summer sunset by Lamar's verse.

It's confident but laid-back—two words which also describe the artist himself well—a true slow-burn of a fire track. As he explains, it sets the tone for the rest of the album and also marks a major point of growth in his musical career and self-confidence. Your intentions when you go into things have to be put in the forefront if it's important. So this time around when I went into sessions, I was very vocal about exactly what I wanted, and the sessions went a lot better when I did that," he recently told the Recording Academy over the phone.

The George Benson Quartet on Spotify

You recently dropped Chasing Summer , which is just such a perfect mood as summer comes to an end. What has the experience of this release felt like for you?

Man, it's one of a kind. Being the type musician I am, I'm very involved with each release, and this one feels different than the last two. Everybody around me was locked in, not just me. 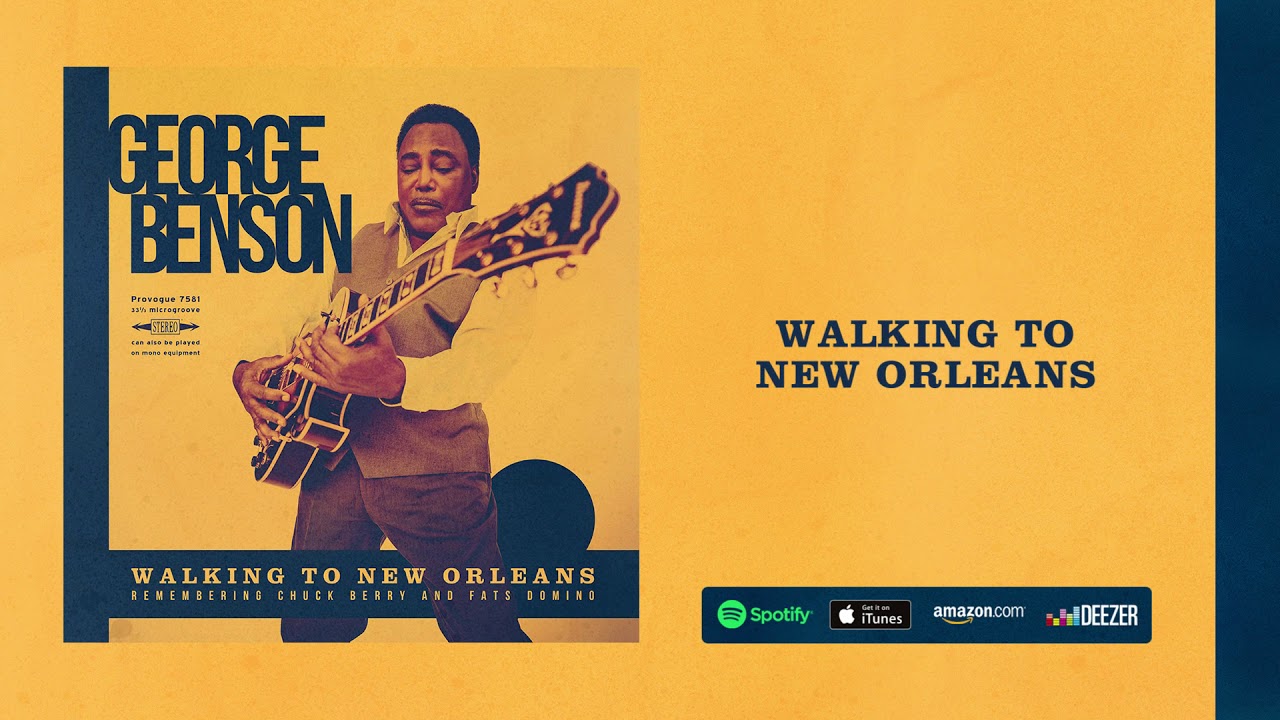 All the musicians and all of my team, my management had the common goals set almost a year ago, and just were building on this idea. So, it feels different, it feels evolved and it feels like a great direction. And I'm really proud of the work to say the least. That's amazing, and I'm sure that's a really just great feeling to sort of be marinating in right now. It's awesome. It's definitely new territory for me. I'm just trying to keep up with myself now, which is fun. I kind of made sure I was as honest as I could be and I think that's shining through for sure. The vision for the album is, it was all based off of my life on the road and all my experiences that I had accumulated over the last three or four years.

With seeing my peers and just dealing with personal relationships, business relationships and trying to balance home and the road, and just my evolution as a human. I kind of put a lot of it into wax. It's a very honest album, and I think that's a big reason why people gravitate towards it because I didn't really hold back this time around. I feel like it really does. I wanted to talk about the producers on the album.

How do you feel that working with these different creative minds helped challenge you and shape the trajectory of the album? I'm going to answer this question, but I have a very specific thing about me that I really like. I work with people that want to work with me, so I don't chase beats; there's no rhyme or scheme.

I didn't select certain people. I just put my head down and kept writing songs until we felt like we had a body of work. And then, what I do with most of my production is I'll get players to come in and add actual instrumentation to a good beat so that it has more life to it. I'm hands-on with all my mixes and masters. With all of the production, I was blessed to have really talented musicians around to help just elevate the sound, and I think that helps so much, man. Working with cats like Boi-1da was an honor, of course, but I wouldn't hold him in higher regard than I would a Kal Banx, who damn near had six records on the album that he helped me produce and work on.

So, I feel like everybody added their own sauce to it and it ended up being way bigger than I expected. But as far as like who produced what, I think that's not as important as the overall body of work, and we all knew that. With Kal, he wasn't worried when I told him I got a new base plate on the recipe.